Rating: 4 stars
Synopsis: Just as grief threatens to consume her, fate grabs her hand and leads her out of the darkness.

It's hard to see the light at the end of the tunnel when life gives you a chaotic mess of grief, but Paige Griffin is determined to make a good life for her and her three-year old daughter, Kyra. At twenty-three, she juggles her days as a nurse, with the rest of her time being a single mother. Too busy to know which way is up, she doesn't give dating much thought until one guy makes a sudden impact on her life.

Tyler Evans seems like a nice guy, good looking even, but Paige is hesitant about letting a guy into her and her daughter’s life, especially when he seems just as closed off as she. But once Paige keeps running into Tyler and his eight-year-old son, Brandon, she begins to realize that there’s more to him than she thought.

Eventually, they both find themselves unable to keep their guards up any longer; but can a country boy and a city girl make a relationship work? As they both question their love, they realize that sometimes fate has its own plan for where your forever lies.


I wasn't too sure whether to sign up to review this book for the Blog Tour or to pick a spotlight post, but I decided to give it pick a review as this book sounded pretty good and it sounded like my kind of book! Plus, I love the cover! Where Forever Lies was a good book, but I felt like it was missing that kick to make me love it! Overall, I liked it, but I didn't love it! There were quite a few reasons for this! The plot was developed really well, but it sort of stayed on one level and nothing really big happened in it! There was a kinda big scene near the end, but I felt it was over too quickly for it to make my heart race or to make my question what was going to happen next! It just kind of flowed and I could kinda have a good idea as to what was going to happen next! I will admit that I liked the plot's development and where it went, and I also liked the relationship between the two main characters, but I felt the plot was just a bit long in places! I also have to say that I loved that there were kids in the plot! I don't read a lot of books where the two main characters have a kid each, so it was different, but I loved it as it was a new experience! The characters were great! Paige was the main female character and my heart did go out to her at the beginning of this book! She was told some devastating news and the rest of this book was about her coming to terms with that news and moving on! There were times in this book when Paige did sort of annoy me though! She wouldn't really try anything new and she had this sort of set way in life that she didn't like to stray from! She grew a lot in this book though and she was very different at the end to what she was at the beginning! Tyler was the main male character and I wasn't really sure what to think of him to start with, but he grew on me as the plot developed! I found out that he was persistent, protective and that he would do anything for his son! I loved him! Tyler grew a lot as a character as well and I loved the country feel about him and that he taught Paige a lot about life and how to let herself go! He was the main person to help Paige get to where she was at the end of this book and they made such a cute couple! I wasn't really expecting this book to be written from both Paige and Tyler's point of views, but I loved that it was! I thought that it added a lot to the story and I loved getting to read this book from both of their point of views! I also originally thought that this book was a standalone when I first signed up for the Blog Tour, but I've actually found out that it's the first book in a series! I'm assuming that the next book will focus on other characters though as this book can be read as a standalone! I'll definitely be checking out the other books in the series when they release! The cover for this book is stunning! It's so beautiful and you see how well it suits the book after you read it! Big thank you to Tara for an ARC of Where Forever Lies and to Between the Sheets Promotions for having me on the Blog Tour! 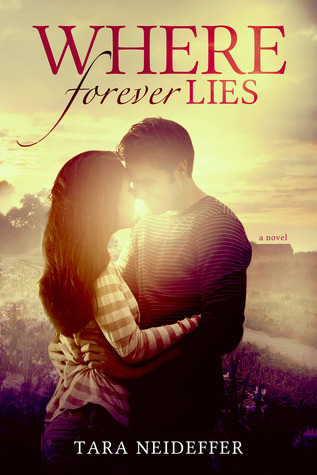 Buy your copy from Amazon

Tara Neideffer was born and raised in Indiana with a love for animals, especially horses. As a child she could always be found in the saddle, running her horse at full speed through open fields. She also has a love of ghost stories and a morbid fascination with watching murder mystery shows. When she's not busy writing, she's taking care of her animals, spending time with her family or reading. She still lives in Indiana with her husband, daughter and stepson on twenty acres, with too many animals to name.